Discuss this game in the forum

In minutes, build heroes, enemies, NPCs, items, loot drops, equipment, cutscenes, and ANYTHING else you need. And do it with or without coding in the powerful Unity game engine.

While you wait for new releases from Amaranth Games, we do our best to keep you entertained with neat games from other developers. Unfortunately, we don't have time to play each game through from beginning to end. If you have played this game and feel that it contains material that is offensive to you, please report it with our Report Game With Illicit Content Form 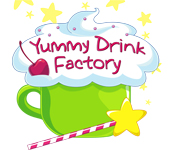